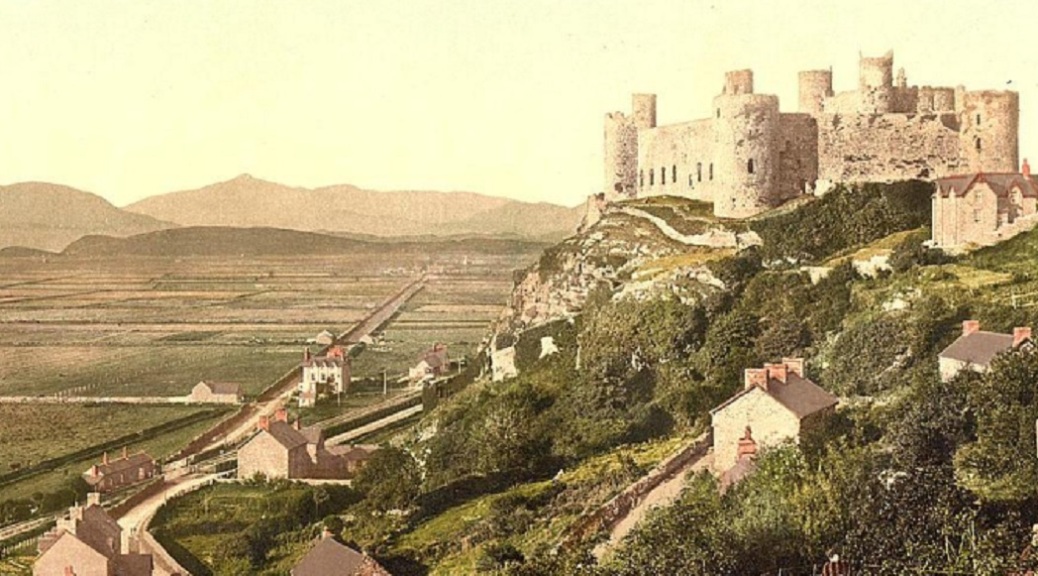 Any journey to Europe to visit medieval castles is incomplete without a trip to the Welsh countryside to appreciate arguably the most impressive ring of fortifications from the middle ages. Edward’s imposing strongholds are not only an example of the craftsmanship of Master James of St George, but are an enduring representation of the military aptitude of the forceful and dynamic English king. From Flint, to Rhuddlan; through Harlech, Conwy and Caernarfon, and ultimately concluding at Beaumaris, Edward literally set in stone his victories against the Welsh. In this article we will take a brief look at the military background of Edward I, his dealings with Wales, and the experiences of his crusading journey.

So, lets get to the history…

Despite his many victories against his northern enemies in Scotland, those that earned him the moniker, the Hammer of the Scots, it was to the west where Edward would leave arguably his most prevailing legacy, the fortified remains of his Welsh ‘crusade’. As a prince, the future King Edward I of England sought to establish his military prowess by taking part in the greatest adventure of the day; campaigning as a warrior of Christ in The Crusades. In comparison to his rather idealistic and arguably romantic vision, the reality of Edward’s journey was altogether disillusioning. As his dream became a nightmare, he ultimately failed to join the likes of legendary crusaders such as Richard the Lionhearted. Nevertheless, the lessons and experiences that Edward gained on pilgrimage had a profound and lasting importance in his own life, helping to shape the man, and king, that he would become.

The presence of English soldiers on Welsh soil was far from a new occurrence when the then prince, son of Henry III, first set his soon to be soggy feet into the Welsh marches. In fact, by the thirteenth century most of the marches and some of the southern and border districts were under English hegemony. The purpose of Edward’s visit in 1256 was not one of conquest, but due to a dispute over lands, taxes, and associated grievances. Edward was granted an area of Welsh land at the time of his wedding, and as a result his father was adamant that any disputes were his to solve. In the ensuing Welsh revolt, Edward would see his English forces defeated in 1257 in a series of events that would prove highly beneficial for Edward’s most aggressive Welsh foe, Llywelyn ap Gruffudd. It is worth noting that although Edward’s forces were defeated, the English forces as a whole were not, and the revolt was quashed. Unlike his father, and indeed their many predecessors, Edward would not only go on to capture large chunks of land in Wales, but would ultimately conquer the Welsh late in the 13th Century. It is in the process of his victories, split into clearly definable eras, that Edward began construction on his famed fortifications.

Edward was crowned in 1274, two years after the death of his father. At the time of his ascension to the throne of England, Edward was still abroad as a result of his crusading misadventures. After the disappointing results of his exploits in the Hold Land, Edward no doubt sought redemption in the form of military conquests. Considering fresh and innovative avenues in which he could achieve the glory he so desperately craved. Prominent Plantagenet historian Michael Prestwich avows that ‘the decade of the 1280s was the period when Edward I’s prestige on the continent was at its height’.[1] Significantly, this period in Edward’s life followed shortly after his crusading adventures and as noted, shortly after his coronation. It was also during this time that Edward would achieve his greatest successes in Wales.

The conquest of Wales by the English under Edward I, as briefly noted earlier, can be split into three key campaigns. The first stage of these stages occurred in 1277, when Edward’s forces partially occupied the country, the second in 1282-3, when the English conquered the Welsh, and finally when the enormity of Edward’s previous victories resulted in the crushing of the the final major rebellion under the leadership of Madog ap Llywelyn in 1294-5. The manner in which Edward achieved his success was not revolutionary, but his triumph in Wales was absolute; although seemingly small in scale, the conquest was – as Prestwich so aptly puts it – ‘exceptional in its totality’.

So, where is the link to the Crusades? I can hear you asking…

Throughout his expedition, Edward distinguished himself as a thoroughly devoted Crusader, resolute in his determination to reach the Holy Land. The prince was recorded (see Prestwich, Edward I) ‘swearing by God’s blood that he would go to Acre and carry out his oath even if all deserted him’. The disasters that constantly arose on his journey failed to dissuade Edward from his quest and he ultimately landed at Acre on 9 May 1271. Upon Edward’s arrival, the city was under siege by a feared host of Mamluk forces that had already tasted victory over Crusaders. As basic necessities became scarce, the city’s inhabitants were nearing surrender.  Arriving in a seemingly impossible situation, the dismal nature of Edward’s Crusade becomes evident. It should be noted however, that Edward’s arrival was the pivotal factor in the decision not to surrender the vital port city.  The stubbornness the English prince had displayed in his journey manifested itself in the defence of Acre. Edward inspired the citizens to further resistance. It is this character, his determination and unwillingness to compromise, that forecasts the future king’s successes in the battles ahead.

During his time in Acre, Edward not only played a vital role in the city’s resistance, but contributed to the upgrade and upkeep of its defences gaining a sound understanding of the importance and function of fortifications. It is without a doubt that Edward also knew of the power and influence of other critical Crusader sites, such as the famed Crusader fortress Krak de Chevaliers. Edward’s initial incursion into Wales in 1277 exhibits striking similarities to the movements of Richard I on his trek from Acre en route to Jerusalem in 1191. Both kings set out on a path following the coast, and both forces were shadowed by naval support to bolster the strength of the marching army. One of the keys to Richard’s plans was the rebuilding of fortifications to form advanced defensive positions for his men. In congruence, at the conclusion of their incursion, Edward’s forces constructed the first of his magnificent castles; Flint and Rhuddlan. Replicating this successful strategy, the subsequent Welsh campaigns were solidified in the same manner. The successes of 1282-3 saw the construction of three more of Edward’s infamous structures; Conwy, Caernarfon, and Harlech, and the suppression of the final rebellion in 1294-5 saw the construction of a palatial scale fortification at Beaumaris.

Although the scale, grandeur, and legacy of Edward’s castles is without equal, he was far from the first medieval leader to solidify his advances with the construction of fortifications. In fact, this is arguably the key purpose of their construction. To truly understand the link between Edward’s success and his crusading voyage, we need to consider some additional aspects.

At the peak of Acre’s power and influence, the Crusader’s most important city outside of Jerusalem was flourishing on the back of its financial successes and the resulting affluence of its inhabitants. Acre was at one point the principal landing point for Crusader seafaring trade and European pilgrims travelling to the Holy Land. The financial strength of Acre was arguably more important to its defence than the city walls themselves. The prosperity of the city allowed for improved building materials and techniques to upgrade its defensive capabilities, and in addition, the increase in population multiplies the size of the fighting force. It is this strength of Acre that Edward sought to replicate with his newly constructed castles and their resulting towns. Not only did the encouragement of English relocation to Wales further subjugate the Welsh through the appropriation of additional Welsh land, but it strengthened the defences of the area through the growth in the surrounding economy. As a consequence, Edward’s program of castle building takes on an almost colonial element coinciding with its obvious military nature.

Finally, Edward’s experiences on Crusade did not only influence the strategy of the construction of his castles, but the journey was fundamental in determining both their nature and design. As discussed briefly, Edward constructed his castles to consolidate his victories in each of the individual stages of his overall campaign against the Welsh. In the east, Flint and Rhuddlan from 1277; closer to Snowdon, Conwy, Caernarfon, and Harlech were constructed from 1283; and on Anglesey symbolising the crushing defeat of the final Welsh uprising, Beaumaris was built from 1295. Historian Nicola Coldstream paints a fitting picture of the nature of these structures: ‘these castles are judged to be the apogee of military architecture in the late thirteenth century…imposing and stylish’, each castle commanded a ‘formidable presence’ dominating its surrounds. Significantly, the castles not only followed a common strategy, and a common plan, but the castles were all designed, and their construction was, at the least, overseen, by the same man; Master James of St George. During his markedly unhurried return journey from the Holy Land, Edward was entertained by Count Philip of Savoy as the count was to pay homage to the new, if yet uncrowned, king of England. Edward was hosted at the newly built St Georges d’Esperanche, a castle it is said he was most impressed with; it was here that Edward would first make acquaintance with his future principal mason.

Now, to go into detail of the life and work of Master James, or indeed into the evidence that suggests he was indeed the architect of Edward’s majestic structures, would take up far too much of yours and my time. But if this does interest you, check the references below and definitely check out the work of Arnold J. Taylor. So, to conclude:

Edward’s experiences on his crusading journey either forecast, or are reflected in, a multitude of elements seen later in the king’s life. Despite the moniker of the Hammer of the Scots, Edward arguably accomplished more in Wales than that which he achieved north of the border. The strategy and tactics employed by Edward in Wales were successful – the magnitude of such success is still evident – and the lessons that the great king of England absorbed in the trials and tribulations of his journey across Europe and the Middle East were fundamental. The style, character, design, and grandeur of Edward’s castles not only reflects the nature of his journey and the experiences endured upon it, but are a direct result of his travels. Without Edward’s Crusade, Flint, Rhuddlan, Conwy, Caernarfon, Harlech and Beaumaris, and the fortified ring they create, would not exist, standing as the exemplars of military and architectural might that we see today.

This was, as you can imagine, a very brief overview of a very complex topic. For an in depth understanding of Edward I, including an interesting insight into a rather unpleasant young prince, the work of Matthew Paris is a definite must read. When read in the context of Michael Prestwich’s Edward I, it provokes some interesting questions around Edward’s motives for crusading.

Furthermore, for more information on the castles themselves and the work of Master James of St George, check out the fantastic references listed, number 4 is one of the foremost modern works on the topic.

See our bibliography on Edward I.