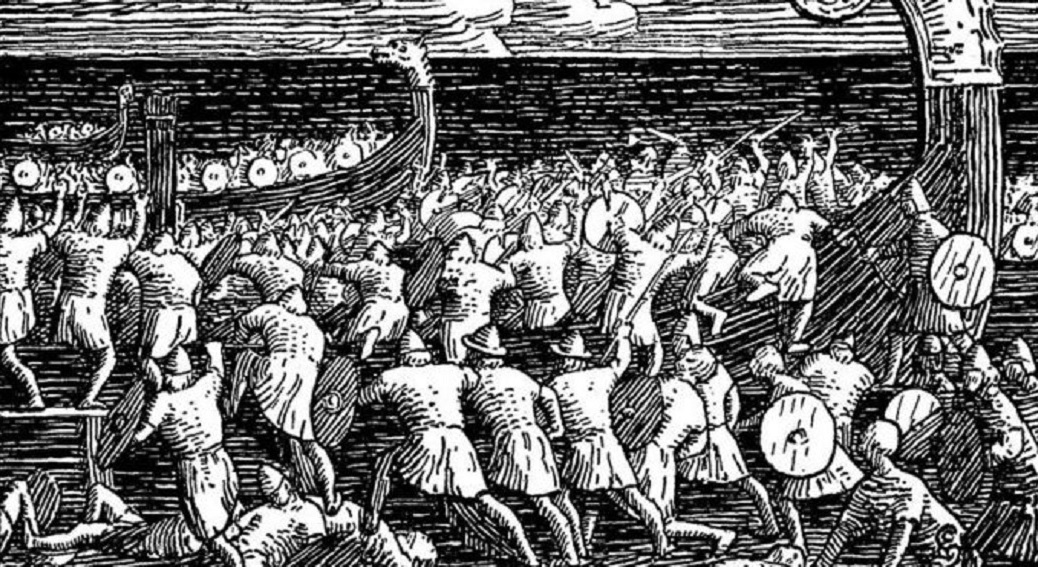 Dressed in armour, watching his fleet fall to his Danish rival, King Olaf I Tryggvason of Norway threw himself into the sea, sinking to his death and denying his enemies the pleasure of killing him. The death of Olaf (r. 995 – 1000) at the Battle of Svolder returned the Norwegian crown to Sweyn Forkbeard the king of Denmark (r. 986 – 1014), and the Danish hegemony. The Norwegian crown had fallen under the tenuous control of the Danish Kings c. 971 during the reign of Sweyn’s father, Harald Bluetooth. Thus, when Sweyn seized the throne of Denmark at the expense of his father in 986, he also ostensibly assumed the throne of Norway. END_OF_DOCUMENT_TOKEN_TO_BE_REPLACED

Olaf I Tryggvason took the throne of Norway in 995, reigning for a brief but eventful five years. Though Olaf had been a pagan Viking raider, by the time he took the Norwegian crown he was a fierce proponent of Christianity, and his reign was pivotal in the inexorable transition of Scandinavia from paganism to Christianity.  It is natural then that over time Olaf became mythologised figure in a Christianised Scandinavia whose literary culture was invested in clerical scribes. While the broad strokes of Olaf’s life and reign as described within our sources seem plausible, implausible tales of heroism, treachery, torture and prophecy have also attached themselves to his legacy. END_OF_DOCUMENT_TOKEN_TO_BE_REPLACED