The Germanic king or lord as the dispenser of treasure, the ‘giver of rings,’ is a familiar image. The reason it is familiar is that it permeates that famous epic poem, Beowulf. In the opening lines of the poem, we are introduced to Scyld Scéfing, a man known for violence against his enemies, and his gifts of treasure to his friends, a man of whom the poet says þæt wæs gód cyning (that was a good king). His son in turn is a chip off the old Scyld and, no less vigorous in war or generous in his gifts, has the loyalty of his men, being praised as léofne þéoden, béaga bryttan (beloved prince, ring giver). Later in the poem, just as Beowulf himself is about to benefit from such kingly largesse at the court of Halfdan, a king of the Scylding line, Halfdan is referred to as sinc-gyfan (treasure/ring giver). All these terms are kennings – evocative poetic metaphors common to Old English and Old Norse poetry – and the Beowulf author is implying that gift giving and Kingship are the same thing. There were, of course, many other elements to cultural perceptions of successful kingship in the Anglo-Scandinavian world, but those are for a different day. In this article I am going to take the lead of the Beowulf poet and concentrate on the king as ‘giver of rings.’

END_OF_DOCUMENT_TOKEN_TO_BE_REPLACED 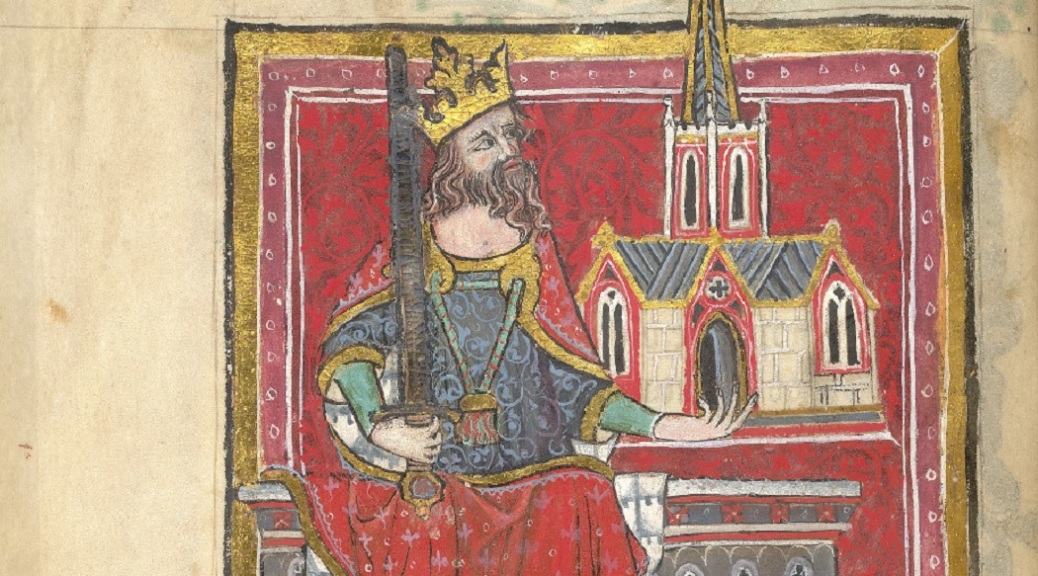 Murdered (or executed) by Offa of Mercia in 794, the passio of King Æthelberht of East Anglia is an obscure tale that has so many twists and turns in its narrative transmission that divining a plausible account of the event is near-impossible. Indeed, even apart from his death, Æthelberht remains an elusive character in eighth-century Anglo-Saxon history and, were it not for some few coins he minted having survived the centuries, his kingship would be difficult to locate historically. END_OF_DOCUMENT_TOKEN_TO_BE_REPLACED