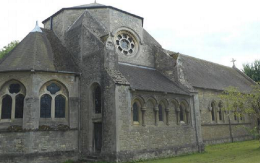 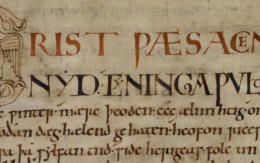 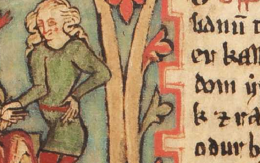 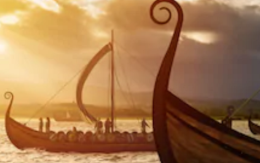 Flaying in the Pre-modern World: Practice and Representation ed. by Larissa Tracy 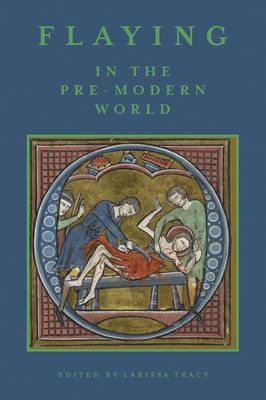 The edited collection of fourteen essays represents the most comprehensive study yet undertaken of literary and artistic representations of flaying in the medieval world. It is to be commended for its thoroughly interdisciplinary approach as well as the subtlety with which the contributors approach a potentially difficult and confronting topic.

The aim of the volume is twofold. Firstly, it seeks to illuminate the historical and cultural milieu which informed both the practice and portrayal of flaying in the pre-modern world, with studies devoted to flaying as a function of juridical procedure or medical practice, and others dedicated to its use as a motif of literature and art. Secondly, as positioned in Larissa Tracy’s introduction, it intends to redress an anachronistic medievalism portraying flaying as a common and normalised act of torture or punishment within medieval societies. As Tracy highlights, ‘chronicles and legal texts make scant reference to [flaying] as an actual practice’ (p. 7) and, where references can be found to excoriation as legally sanctioned or as an historical event, it is used exclusively in a punitive context, never as an act of torture. As such, the portion of this volume dedicated to studies of the practice of flaying is comparatively small (5 chapters) and, of these, only one is dedicated to a ‘full’ flaying. Indeed, this first section of the volume challenges the reader to consider what actually constitutes ‘flaying’ as a concept – flagellation, flogging, scalping, and medical intervention sit alongside full excoriation in these discussions. Flaying in the Pre-Modern World reserves its greatest part to representations of flaying, with studies covering the imagery of the skinned body in hagiography, art, literature, and medical texts.

The contributions to Flaying in the Pre-Modern World are diverse and the volume is rich in variation; each chapter presents unique case-studies and sources in which both the circumstance and form of flaying differs. While each offers valuable insights, we will only be able to note a few chapters of especial interest here. Jack Hartnell opens the volume, and part 1 (‘Flaying in Practice’), with his assessment of images of the flayed body and descriptions of skin removal in medical texts. Here the skin was not to be flayed whole from the body, but rather punctured in the aid of healing, or perhaps some small portion removed to facilitate amputation, cut away infection, or the like. While Hartnell notes that the image of the flayed body is not uncommon within medical texts, it was intended not as a guide, but as a tool for students to understand what lay beneath the skin. It is with the tools of flaying that Hartnell mainly concerns himself, examining their representations within medieval medical texts. He argues that the image of the knife penetrating or removing the skin occupied the same conceptual space in medieval thought, whether it was as an act of healing or an act of violence.

Hartnell’s descriptions of the pictures he discusses, just as those descriptions provided by other contributors, are expertly rendered. Moreover, these are accompanied by black and white images throughout the book, and the reader is thereby guided to conceptualise the full impact and symbolism of the illustrations. It is unfortunate, however, that a volume which in large part addresses art history has elected not to provide any colour images in its pages.

Turning then to part 2, ‘Representations of Flaying,’ there are a number of noteworthy inclusions. Chapters 6 – 9 deal with imagery of flaying and flagellation in hagiography and passion literature, with attention primarily given to St Bartholomew and the flagellated Christ. William Sayers fascinating contribution at chapter 10 looks to Irish accounts of flaying across literary traditions, contrasting the excoriation of St Bartholomew with Irish legal texts, and the epic Destruction of Da Derga’s Hostel. Noting that flaying is a rare motif in Irish literature, Sayers finds its explicit description only to be found in Hiberno-Latin hagiography, with the act not accounted as appropriate in either legal or epic tradition. In chapter 12, Michael Livingston examines the motif of ‘flayed beards’ in late medieval (primarily Arthurian) literature, a topos in which the beard of a defeated enemy is incorporated into the ‘beard cloak’ of the victor. The implication here, Livingston argues, is a loss of identity and masculinity associated with the loss of the beard – it is an act intended to shame. Tracy’s own contribution to the volume, chapter 13, similarly looks at flaying as a vehicle for the inscription of, or loss of, identity. Contrasting continental and Norse romances, Tracy argues that in the Norse tradition, flaying does not equate to shame or brutal justice as in other romance traditions, but rather that the scars identify the victim’s heroism.

Flaying in the Pre-Modern World is to be thoroughly recommended. While its interest to those who focus on the body within medieval history is clear, the contributions to this volume range through topics related to personal identity, national identity, gender theory, medical practice, art history, literary history and monstrosity. This commendable interdisciplinary approach that Tracy has encouraged within the collection recommends it to the broadest possible audience.